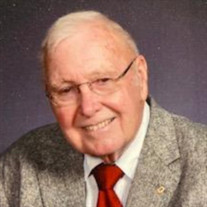 Bill Tull of Laurel passed away on November 5, 2021, at home surrounded by his loving family. Born on December 17, 1936, in Seaford, DE, he was the son of the late Calvin (Pete) Tull and Edna Dickerson Tull. Bill was a graduate of the class of 1955 of Seaford High School. He worked for the Telephone Company for thirty-six years. After retiring from there, he spent much of his time farming on his farm in Laurel and in Seaford. This was something he truly enjoyed doing. He enjoyed several hobbies. Bill started flying model airplanes as a young boy and received several awards in competitions. He also got his pilot’s license and was able to enjoy flying for a while. Bill was still a member of the model airplane club. He still enjoyed building model airplanes. Another of Bill’s hobbies was model trains. He enjoyed setting up displays each Christmas and loved to have his grandchildren and great grandchildren come and run the trains. He looked forward to attending the different train show each year. Bill was predeceased by his wife Ruth whom he wed on June 13th, 1958, his brother John, a son-in-law Larry Kile and his grandsons Matthew and Jacob Tull. He is survived by his children, Susan Collins (Dale), Marcia Kile, and Michael Tull (Karen). Grandchildren; Monica Levine (Marc), Amanda Robinson (Jeff), Cody Kile (Jessica), Mary Faldulto (Clint), Megan Singleton (Joey), Katelin Brinson (Shane), and Calvin Collins. As well as great-granchildren; Emma, Kaylee, Julia, Jeffrey, Dakota, Genevieve, Miles, Haven, Mirabella, Daxton and two addition great-grandchildren arriving in 2022. Bill was a long-time member of Centenary United Methodist Church, where he held various offices and helped with projects. He was also very active with Ruth at her churches when she became a United Methodist minister in 1993. After Ruth retired, he moved his membership back to Centenary. Bill joined Charity Lodge in Laurel in 1976. After being Noble Grand of Charity Lodge, he became Grand Master of DE in 1986-87. After being Chief Patriarch in Laurel, he went on to become Grand Patriarch of DE. After becoming Captain of the Canton in Laurel, he became Department Commander of the Mid-Atlantic Region for the Patriarchs Militant. He held many offices during his membership. During those years, he also received the Meritorious Jewel and the Decoration of Chivalry. Bill held various offices in the Telephone Pioneers which kept him traveling throughout the state painting maps for schools, making and distributing electronic state maps, as well as book and dictionaries to school in the state. He was also part of the group who built ramps to allow those in need to have easier access to their home. Bill was also active with the Kiwanis Club and helped convert the movie theater to a youth center back in 1970’s. He helped with the formation of the Good Samaritan Organization. He held the office of president for several years. Bill was a member of several area Lions Clubs. He received the Melvin Jones Fellow award in 2011 from the Sharptown Lions Club as well as being the King Lion for several years. He enjoyed helping at the Sharptown Carnival for quite a few years where he could be found in the popcorn and peanut booth. He traveled to multiple events to sell chances to win a four-wheeler. Bill enjoyed serving others in any way he could. He would ride weekly to pick up food with a friend for the soup social, meet friends to have coffee, and walk the mall to socialize and exercise. A viewing will be held on Saturday, November 13th, 2021 from 9:30am-11:00am at Centenary United Methodist Church, 200 W. Market St., Laurel, DE 19956. A funeral service will begin at 11:00 am at the church. Interment will follow in Odd Fellows Cemetery in Laurel. In lieu of flowers, contributions may be made in Bill’s honor to a church or civic organization of your choice. Arrangements are in the care of Hannigan, Short, Disharoon Funeral Home in Laurel.

Bill Tull of Laurel passed away on November 5, 2021, at home surrounded by his loving family. Born on December 17, 1936, in Seaford, DE, he was the son of the late Calvin (Pete) Tull and Edna Dickerson Tull. Bill was a graduate of the class... View Obituary & Service Information

The family of William "Bill" David Tull created this Life Tributes page to make it easy to share your memories.