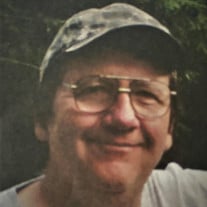 Will, of Laurel, DE, went to meet our Lord on June 4, 2021. He was 74 yrs old, born Oct. 1, 1946 in Norristown, PA. He was the son of the late Wilbert Lawrence Derr, Sr. and Jean Ann (Yucha) Derr. Will graduated from Upper Perklomen High School with the class of 1964, 2 months before graduation, he enlisted for 4 years with the United States Marine Corps on the delayed entry program. He wound up being among the first group of Marines that landed in Vietnam in 1965 with the 3 rd Marine Division. He spent his tour as an A Gunner on an M109 Self Propelled. On leave after his return to the states in 1966, he by chance met up with Linda Anne Norris from Green Lane RD and they married Aug. 5, 1967. She moved down to live with him as a Marine Corps wife at Camp LeJeune, North Carolina 2 weeks after the wedding where they lived for the last year of enlistment until Aug. 26, 1968. He was promoted to Sergeant Sept 1 st of 1967. Linda was his wife, life and soul mate for 53 years. They have 3 children, Wilbert Lawrence Derr, III of Miami, FL, Norleen Anne Detweiler Hardy of Roaring Branch, PA and Kathleen Anne Maga of Harleysville, PA. There are five grandsons. In his adult life, Will only held 2 jobs, 4 years in the Marine Corps and just short of 36 years with Merck & Co. in West Point, PA. His Mother and Father, sister Meleny Miller and his 3 brothers Danny, Jim and Michael preceded Will in death. There are still 3 living sisters, Jackie Koury of Lexington, VA, Jean Ann Derr of East Greenville, PA and Sarah Sersen of Pennsburg, PA. Will was a Life Member of the VFW Virgil Wilson Post 4961 of Seaford, The American Legion Post 19 of Laurel and The Forks of the Delaware Weapons Association. He was a Life, Charter Member and cofounder of the Tri Borough Detachment of the Marine Corps League in Red Hill, PA. Will was also a Benefactor Life Member of the National Rifle Association where he was a Certified Rifle, Pistol, Shotgun and Home Defense Instructor as well as a Certified Range Safety Officer. Services will be private. The family has requested – NO FLOWERS. The Hannigan,Short,Disharoon Funeral Home, Laurel, DE is serving the Derr Family.

Will, of Laurel, DE, went to meet our Lord on June 4, 2021. He was 74 yrs old, born Oct. 1, 1946 in Norristown, PA. He was the son of the late Wilbert Lawrence Derr, Sr. and Jean Ann (Yucha) Derr. Will graduated from Upper Perklomen High School... View Obituary & Service Information

The family of Wilbert "Will" Derr Jr. created this Life Tributes page to make it easy to share your memories.

Send flowers to the Derr family.