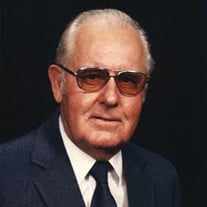 Robert Lee Oliphant, age 97, of Laurel, Delaware passed away on June 18, 2018 peacefully at his home. Robert was born in Laurel, DE a son of the late Howard and Maude Oliphant. Robert worked for the Delmar Railroad and the Marvel Package Company in Laurel. Robert retired at the age of 90 as a grain farmer in Laurel. Farming was his life. His farm has been in the family for many generations. He farmed with his father, Howard, his brother Fred, sister-in-law Madge Oliphant, and son Robert. Robert was known as a fun loving and jovial person. Known to his friends as “Bob” he was kind and generous. Being good natured was one of his greatest attributes. Robert could always be found socializing with his fellow farmers, at O’Neal’s Garage and Hardees, along with his son Robert. Robert enjoyed traveling and vacationing at the beach. He attended Connection Church in Laurel and had attended St. Paul’s and Epworth Church. He was known to be faithful and generous. One of his greatest pleasures was watching his oldest granddaughter and triplet granddaughters playing softball games including the World Series. Robert is survived by his wife of 73 years, Elizabeth Hickman Oliphant of Laurel. His son Robert H. Oliphant and wife Tammy of Laurel and a daughter Lynn Oliphant Lyburn of Laurel. A sister Elizabeth Fisher of Laurel. His grandchildren: Jonathan and Adam Lyburn (Amber), Samantha Pickard (James), Taylor, Kelsey, and Alexis. A great grandchild, Thea Pickard. He is also survived by a sister-in- law Madge Oliphant of Laurel. In addition to his parents, he is preceded in death by a son-in-law, Glenn Lyburn, brothers, Fred and Bill Oliphant. A funeral service will be held at the Connection Church in Laurel, DE on Saturday, June 23, 2018 at 11:00 am, where a viewing will also be held one hour prior to the service. The Reverends Barry Dukes, Carl Vincent, and Kyle Holloway will officiate. Interment will follow in Odd Fellows Cemetery in Laurel. Contributions can be made in Mr. Oliphant’s memory to; Connection Church 30048 Discount Land Rd. Laurel, DE 19956. Arrangements are in the care of the Hannigan, Short, Disharoon Funeral Home in Laurel, DE.

Robert Lee Oliphant, age 97, of Laurel, Delaware passed away on June 18, 2018 peacefully at his home. Robert was born in Laurel, DE a son of the late Howard and Maude Oliphant. Robert worked for the Delmar Railroad and the Marvel Package... View Obituary & Service Information

The family of Robert Lee Oliphant created this Life Tributes page to make it easy to share your memories.

Send flowers to the Oliphant family.