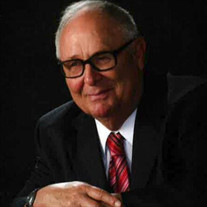 Richard Wayne Smith, age 77, of Laurel, died at home on Friday, January 22, 2021 of esophageal cancer. Born in Cincinnati, Ohio on December 3, 1943, he was the son of the late Stanley H. and Lucy E. Smith. Richard graduated from Purcell High School in Cincinnati. After graduation, he joined the United States Navy where he proudly and honorably served for twenty years. He was a Vietnam War Veteran. After retiring from the Navy, he began his career as a letter carrier with the United States Postal Service. He retired from the post office in 2005. Richard and his wife, Nancy, liked to travel. One of his favorite trips was to Hawaii where they visited the USS Arizona Memorial. But what he really enjoyed was coming home, sitting on his front porch, and spending time with friends and family. Richard is survived by his loving wife of forty-nine years, Nancy Purnell Smith and his three daughters; Laura Givens (Michael), Margaret Havens, and Janet Hastings (Josephus). He was the beloved Two-Pa to ten grandchildren; Victoria, Ryan, Faith, Lilly, Luke, Ella, June, Allison, Elsie, and Ben. He is also survived by his brothers-in-law, Stephen M. Crossland and David J. Purnell, and nephew Michael S. Crossland. In addition to his parents, he is preceded in death by his sister, Barbara Ann Crossland. Above all else, Richard loved his family and the United States Navy. A Mass of Christian Burial will be held at 1:00 pm on Saturday, January 30, 2021 at St. Francis de Sales Catholic Church, 535 Riverside Drive, Salisbury, Maryland 21801. Due To COVID-19 restrictions, masks and social distancing will be required. Burial will follow in Laurel Hill Cemetery, Laurel, Delaware. Arrangements are in the care of the Hannigan, Short, Disharoon Funeral Home in Laurel, Delaware. Online condolences may be sent to the family by visiting www.hsdfuneralhome.com.

Richard Wayne Smith, age 77, of Laurel, died at home on Friday, January 22, 2021 of esophageal cancer. Born in Cincinnati, Ohio on December 3, 1943, he was the son of the late Stanley H. and Lucy E. Smith. Richard graduated from Purcell High... View Obituary & Service Information

The family of Richard Wayne Smith created this Life Tributes page to make it easy to share your memories.

Send flowers to the Smith family.