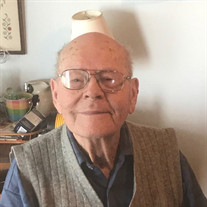 The Reverend Romie Hollingsworth Payne, Jr., age 94, of Laurel. He passed away on Sunday, December 2, 2018 at home surrounded by his family. Romie was born on July 14, 1924, to the late Romie Hollingsworth Payne, Sr. and Clara Virginia Anderson Payne on a farm near Centreville, Maryland. He farmed until he was 28 years old and then felt and followed his calling into the ministry. He graduated with a Bachelor’s degree from Washington College and received his Master’s of Divinity from Wesley Seminary in Washington, D.C. An ordained elder of the Peninsula Delaware Conference, he served numerous charges in Delaware and on the Eastern Shore of Maryland. He also served several years at the Ferris School for Boys in Wilmington, DE. Some of his charges included Marshallton, Queenstown, Odessa, Cecilton, Tilghman’s Island, Laurel, Middletown, Wharton and Union. He was proud that he gave the invocation at Gov. Sherman W. Tribbitt’s inauguration. He was married to Lorraine Hall Phillips, daughter of the late Charles and Mildred Phillips. He was preceded in death by his wife of 68 years. Romie was also preceded in death by two brothers; Howard of Centerville, MD., and Bill of Ottumwa, IA., and a daughter Clara Payne of Wilmington, DE. He is survived by three sons; Richard (Danielle) of Bel Air, MD, Phil (Barbara) of Laurel, DE and Michael of Laurel. He is also survived by his brother Marion (Mary) of Salisbury, MD and his sister Shirley Jaramillo of Lexington, SC and numerous grandchildren and great grandchildren. A Funeral Service will be held at Centenary United Methodist Church, 200 W. Market St. Laurel, DE on Wednesday, December 12, 2018 at 11:00 am, a viewing will also be held from 10-11:00 am. The Rev. Dean Perdue and Pastor Barbara Wilson will officiate. Interment will follow in Sudlersville’s Cemetery Arrangements are in the care of the Hannigan, Short, Disharoon Funeral Home Laurel, DE.

The family of Rev. Romie Hollingsworth Payne created this Life Tributes page to make it easy to share your memories.

Send flowers to the Payne family.