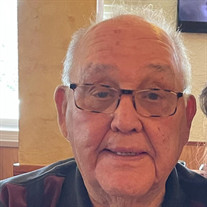 Ray B. Sisk, age 84 of Laurel, Delaware, went home to be with Jesus on March 1, 2022. On September 2, 1937, Ray and his twin sister were born in Arista, WV to Garland and Marie Sisk; he grew up with 13 siblings. As a boy and young man, Ray worked in the coal mines of West Virginia. In 1963, Ray married Patty Price with whom he had two daughters before moving to Laurel, Delaware in search of a better life for his family. He worked hard to support his wife and children, saving up to open Sisk Furniture in 1973. Although he only had a third-grade education, Ray was a savvy businessman who operated several furniture stores in Sussex County and managed multiple rental properties, but he was always willing to help anyone in need. He taught his family the value of hard work and always led by example. For the past 20 years, Ray has contended with many illnesses, but he was always a fighter who defied the doctors’ predictions. He had a big heart, filled with love for God, his family, friends, the New York Yankees and money. Ray was preceded in death by his parents, 12 of his brothers and sisters, and several nephews and nieces. Ray is survived by his loving wife of 58 years, Patty Sisk; daughters Tammi Allen (Jerry) and Lorrie White (Bill); grandchildren Chasidy Rae Sisk, Michael Cosme (Sabrina) and Joshua Cosme (Lindsey); great-grandchildren Maiya, Hunter, Colton and one on the way; his brother Roy Sisk (Mary); and many nephews, nieces and friends. A visitation will be held from 12pm-1pm on Wednesday, March 16, 2022 at the Hannigan, Short, Disharoon Funeral Home, 700 West Street, Laurel, Delaware 19956. A funeral service will begin at 1pm at the funeral home. Reverend Jeff Bryant will officiate. Interment will follow in Springhill Memory Gardens in Hebron, Maryland. Arrangements are in the care of the Hannigan, Short, Disharoon Funeral Home in Laurel, DE.

The family of Ray B. Sisk created this Life Tributes page to make it easy to share your memories.

Send flowers to the Sisk family.