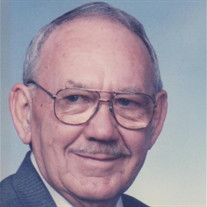 Lee P. Riggin, age 94, of Laurel, passed away on September 11, 2018 at Caroline Nursing and Rehabilitation Center in Denton, Maryland. Born in Clearfield, Pennsylvania, he is the son of the late Elmer and Zora Riggin. He graduated from Laurel High School. After graduation, he attended the University of Delaware and was then inducted into the United States Air Corps in 1943 and served in the training of Air Combat crews in Florida. While in the military service he graduated from the Army Administration School at North Dakota University. In 1944 he transferred to the United States Army, took Infantry combat training and was transferred to the European Theatre of Operations. While there he served as a Sergeant in the United States Army Third Infantry Division. Prior to joining the General Office Staff, he was a sales representative for twenty years with the Metropolitan Life Insurance Company, working in the Salisbury area. He was a charter member of the Laurel Kiwanis Club, and had served as past President and Secretary. He also served as Lieutenant Governor in the Capitol District in 1965. Lee was very active in Veteran’s organizations, he had served as past commander of the Laurel American Legion Post 19. Continuing his service to his community, he served as Head Counselor of the local Youth Canteen for a period of ten years. In political life, Riggin served 6 ½ years on the Laurel City Council, heading its finance committee prior to resignation to accept his position with Kiwanis International. In this capacity he assisted in the formation of new Kiwanis Clubs, the training of district leadership teams and the development of membership programs. Riggin was one of four Kiwanis International Field Service Representatives. He was also a member of the Sussex County Arts Council, the Laurel Historical Society and the Seaford Community Concert Association. He and his wife were life long members of Centenary United Methodist Church, where he served in many capacities; past lay leader, past member of the official board, Sunday School Superintendent and teacher in the youth department. He also served as the caretaker of The Laurel Hill Cemetery for many years and served on the cemetery board. Lee is survived by his loving wife Doris Riggin of Laurel. His son Robert Riggin and his wife Debbie of Federalsburg, and his daughter Connie Rice and her husband Reverend Bryan Rice of Milford. Grandchildren; Stephen Chapis, Stephanie Buchert, and Kyle Riggin. Great grandchildren, Colby Buchert, Alyse Buchert, Kylie Riggin, Erin Riggin, and Hayley Riggin. Step-grandchildren; Robert Rice and Debbie Marling. Several nieces and nephews also survive him. In addition to his parents, he is preceded in death by his grandson Kevin Lee Riggin and his siblings; Elmer Riggin, Jr., Thomas Riggin, Lester Riggin and Mildred Wiley. A funeral service will be held on Monday, September 17, 2018 at 1:00 pm at Centenary United Methodist Church, 200 W. Market Street, Laurel, Delaware 19956. A viewing will be held at the church from 12:00 pm-1:00 pm. Reverend Dean Perdue will officiate. Interment will be held in Laurel Hill Cemetery with military honors. Online condolences may be sent to the family by visiting www.hsdfuneralhome.com. Arrangements are in the care of the Hannigan, Short, Disharoon Funeral Home in Laurel, Delaware.

Lee P. Riggin, age 94, of Laurel, passed away on September 11, 2018 at Caroline Nursing and Rehabilitation Center in Denton, Maryland. Born in Clearfield, Pennsylvania, he is the son of the late Elmer and Zora Riggin. He graduated from Laurel... View Obituary & Service Information

The family of Lee Riggin created this Life Tributes page to make it easy to share your memories.

Send flowers to the Riggin family.