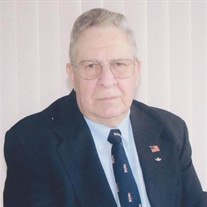 Brigadier General (Retired) Layton E. Timmons, Jr., of Laurel, DE, age 86, passed on June 7, 2018. Born in Dagsboro, DE, on November 7, 1931, the son of the late Layton and Ruth Timmons. While attending Laurel High School he enlisted as a Private in the Laurel unit of the Delaware Army National Guard on November 1947 at the age of sixteen. During graduation in 1950 Layton won an essay writing contest on Aviation and received a free Private Pilots flying course from the Laurel School of Aeronautics. This was the start of his flying career and a career working full time for the Army National Guard. During his 44 years of service in the Army National Guard he rose through the enlisted ranks to the rank of Sergeant First Class. He was commissioned a Second Lieutenant in 1953 and advanced through the officer ranks to the rank of Colonel and a retired rank of Brigadier General. During his commissioned service he held numerous command and staff positions such as company commander of an aviation company and aircraft maintenance company. His assignments also included Aviation Staff Officer, Aviation Safety Officer, Transportation Officer, Purchasing and Contracting Officer, Auditor, Deputy State Aviation Officer, Director of Personnel and State Inspector General. He completed the U.S. Air Force Primary Fixed Wing Training Course at Gary Air Force Base, Texas followed by Army Aviation Tactics flight training at Ft. Rucker, AL. He received his wings as an Army Aviator in October 1955. Layton completed rotary wing qualification at Ft. Wolters, Texas in 1960 and qualified as Instructor Pilot and Instrument Flight Examiner in numerous fixed and rotary wing aircraft. He completed the Aviation Safety Officer Course at the University of Southern California and the Crash Investigators Course at Arizona State University. He completed the Air Defense Officer Career Course at Ft. Bliss, Texas and the U.S. Army Command and Staff College at Ft. Leavenworth, Kansas. He worked as a Flight Instructor/Safety Officer for the Delaware and Virgin Islands Army National Guard and retired in November 1991 as a Master Army Aviator with 10,000 hours of flying time and 44 years of service. He moved back to his hometown of Laurel in 1996. Layton was a member of the Nanticoke Amateur Radio Club and held an Extra Class FCC radio license; Odd Fellows Charity Lodge 27; American Legion Post 19; Retired Officer’s Assoc.; Laurel Alumni Assoc.; Laurel Historical Society and was an Usher at Christ United Methodist Church. In addition to his parents he was preceded in death by his youngest son, Layton Chris Timmons, sisters Helen Passwaters and Shirley Henry. He is survived by his wife, Judith Friedel Timmons, his loving wife of 49 years. Three children from a previous marriage, Burt K. Timmons of Cleveland, OH; Denise L. Andrews of Newark, DE, and Robyn A. Craighton of New Castle, DE; brothers Jerry and Steve Wilkerson, grandchildren and great-grandchildren. A Funeral Service will be held at the Hannigan, Short, Disharoon Funeral Home Laurel, DE on Thursday June 14, 2018 at 2:00 pm. The Rev. Dean Perdue will officiate. Interment will follow in Odd Fellows Cemetery in Seaford. Arrangements are in the care of Hannigan, Short, Disharoon Funeral Home. In lieu of flowers request donations in his name be made to Centenary United Methodist Church, 200 West Market Street, Laurel, DE 19956.

The family of Layton E Timmons Jr created this Life Tributes page to make it easy to share your memories.

Send flowers to the Timmons family.