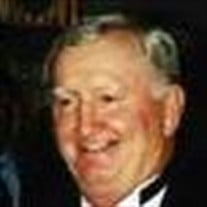 Kenneth Marshall Hastings, age 75, of Laurel, passed away surrounded by his loving family on June 27, 2019 at the Delaware Hospice Center in Milford, Delaware. A lifelong resident of Sussex County, he is the son of the late Marshall E. Hastings... View Obituary & Service Information

The family of Kenneth Marshall Hastings created this Life Tributes page to make it easy to share your memories.