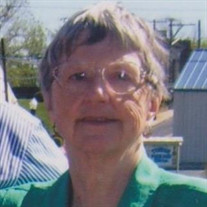 Judy A. Booze, age 80, of Bethel, passed away on October 22, 2019, at the Methodist Manor House in Seaford, Delaware where she had been residing for the last 2 years. She was born May 8, 1939 in Lewes; the daughter of the late Dr. Walter and Claire S. Andress. She graduated from Audubon High School and Glassboro State College both in New Jersey. Judy spent many years as an elementary school teacher and later was employed at Jeff’s Greenhouse in Bethel, and had also worked for Wayside Florist in Seaford. She was a member of Sailor’s Bethel United Methodist Church where she enjoyed singing in the choir. Judy was also a member of the Seaford Chapter of the Eastern Star, the Laurel Senior Center, and volunteered many hours with her husband at the Good Samaritan Store in Laurel. She is preceded in death by her husband Jack J. Booze, whom passed away June 8, 2017, they were married for 42 years, a daughter Jacqui Moreno, and her brother Walter Millard Andress, Jr. Judy is survived by her sons; Harold Meyers of New Hartford, NY, Peter Meyers (Alice) of Millsboro, DE; daughter, Leslie Yarmola (Steve) of Millsboro, DE; sister, Barbara Shaffer (Henry) of Bloomsburg, PA, sister-in-law, Elizabeth Andress of Richmond, VA, and brother-in-law, Leslie Booze (Charlotte) of Cambridge, MD, and special friend Lorie Bredbenner of Laurel, DE. She also leaves behind 9 grandchildren, 9 great grandchildren, 1 great-great grandchild, and several nieces and nephews. A funeral service will be held at 2:30 pm on Sunday, October 27, 2019, at Sailor’s Bethel United Methodist Church on Main Street in Bethel. A viewing will be held at the church from 1:30 pm-2:30 pm. Reverend Bill Nack will officiate. Interment will follow in Bethel Community Cemetery. Contributions may be sent in Judy Booze memory to; Sailor’s United Methodist Church, P.O. Box 13 Bethel, Delaware 19931. Arrangements are in the care of the Hannigan, Short, Disharoon Funeral Home in Laurel, Delaware.

Judy A. Booze, age 80, of Bethel, passed away on October 22, 2019, at the Methodist Manor House in Seaford, Delaware where she had been residing for the last 2 years. She was born May 8, 1939 in Lewes; the daughter of the late Dr. Walter and... View Obituary & Service Information

The family of Judy A. Booze created this Life Tributes page to make it easy to share your memories.

Send flowers to the Booze family.