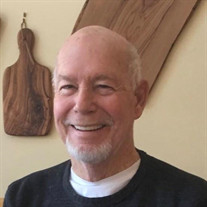 Joseph “Gene” Damen, age 72, of Laurel, DE, passed away on September 7, 2018, surrounded by his family. Gene was born in New York City, the son of the late Eugene and Estelle Damen. Gene, also known as Joe, worked for the Delaware Department of Transportation in Georgetown as an inspector; loving projects involving bridges and new construction. Gene also proudly volunteered and served his country in the United States Army. He served two tours in Vietnam with the Combat Engineers. After separating from active duty, he joined the United States Army Reserves. Gene achieved the highest enlisted rank of Command Sergeant Major, an accomplishment that he was very proud of. He was an exceptional soldier who could be counted on in any situation. Gene enjoyed bowling and was so proud to show off his 300 ring. He loved his boat and bass fishing, photography and woodworking. He loved starting a garden; weeds were someone else’s problem. He also liked to socialize with friends and strangers alike. Gene is survived by his loving wife of 40 years, Maria Lachmann Damen, as well as daughters Carrie Anne Tingle (Jeffrey) of Bishopville, MD, Angie Marie Damen (Karen) of Millsboro, DE, Jennifer Renee Damen (Michelle) of Columbus, OH. Grandchildren, Robert Benjamin Denston of Virginia Beach, VA, Mara and Madeline Pusey both of Laurel, and Charlie Elizabeth, honorary granddaughter of Columbus, OH and great-grandchildren Leilani and Harper Scott of Laurel. In addition to his parents, he is preceded in death by his siblings, Carl Gray, John Damen and Karen Meekins. A viewing will be held at the Hannigan, Short, Disharoon Funeral Home in Laurel DE on Monday, September 10, 2018 from 6-8 pm. A service will be held at the Delaware Veterans Memorial Cemetery in Millsboro DE on Wednesday, September 12, 2018 at 2:00 pm where Gene will receive full military honors.

Joseph &#8220;Gene&#8221; Damen, age 72, of Laurel, DE, passed away on September 7, 2018, surrounded by his family. Gene was born in New York City, the son of the late Eugene and Estelle Damen. Gene, also known as Joe, worked for the Delaware... View Obituary & Service Information

The family of Joseph Gene Damen created this Life Tributes page to make it easy to share your memories.

Send flowers to the Damen family.