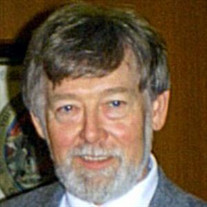 John Robert “Jack” Hastings, Sr. of Newark, DE died eight days short of his 77th birthday at Arden Courts, Wilmington due to Alzheimer’s. Born February 26, in Milford, DE to Robert L. Hastings, Jr. and Grace Verdi Hastings, Jack spent the first half of his life in Laurel, Delaware. After serving in the National Guard, he became a fireman on local Delmarva railroads, worked for over 9 years in the Seaford nylon plant, was “the last Bond bread man on Chincoteague Island” (or so he claimed), and worked the Chesapeake with an oysterman. Finally, he crossed the canal and qualified as a locomotive engineer. Jack spent the next 26 years running freight and passenger trains in the northeast retiring from Amtrak in 2003 Jack had many interests. He loved working with wood; building structures, refinishing furniture, and attaching things to walls to hold more things wherever he thought it was a good idea. Jack loved country music, walking the course with his golf buddies, feeding his “birdies”, or just taking a good nap. His two proudest moments were achieving sobriety (finally) in 1985, and getting a real high school diploma in 1998 after skipping out of school his senior year in 1960. Jack was always ready to help and listen to the next suffering alcoholic and did not hide the fact that he was sober and happy. In retirement he enjoyed more time to follow those activities and he and Chris were able to explore the US several times by train (of course), his most favorite memory being his first view of the Grand Canyon from the east entrance. Jack is survived by his wife of 18 years, Christine, his children Jackie (Brad), Bobby (Angie) and Keith (Sarah). Also surviving are 7 grandchildren, 10 great grandchildren, sisters Lou Jean Mathis (Larry) and Anita Hastings (Marc), and nephews and cousins. He is also survived by Chris’s children, siblings, and their families who loved him as their own. The family wishes to thank Heartland Hospice, especially Nancy and Eileen, for easing Jack’s last few months and keeping him looking handsome as always. Finally, the family cannot thank the staff at Arden Courts enough for taking such great care of Jack during his stay. He had a smile and a kiss for all his caregivers (and maybe a pinch or a swat on the butt). And the family wishes to extend a special thanks to his “bestie” Dawn and rock Mariama who was there to greet him on his first day and prepared him for his journey on his last. Cremation by McCrery & Harra took place in Wilmington. A visitation will be held on Saturday, February 29, 2020 at Hannigan-Short-Disharoon Funeral Home, 700 West Street Laurel, Delaware from 1:00 pm-2:00 pm. A graveside memorial service will be held in Laurel Hill Cemetery, 9th Street, Laurel, Delaware at 2:00 pm. In lieu of flowers the family suggests donations in Jack’s name to Limen House 600 W 10th St. Wilmington DE 19801, Newark Senior Center 200 Whitechapel Dr. Newark, DE 19713, or the Fisher Center for Alzheimer’s Research Foundation 110 E 42nd St., 16th Floor, New York, NY 10017.

The family of John Robert "Jack" Hastings created this Life Tributes page to make it easy to share your memories.