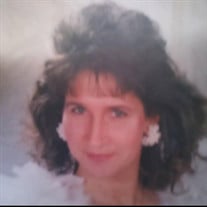 Evelyn Leona Faircloth-Ferrell "Peanut", went to be with her Lord and Savior on Tuesday, September 28, 2021. She worked as a head cook at the Rusty Rudder for years. Throughout the years she cleaned for her close friends. Later, she pursued her passion for caring for others, and became a Certified Nursing Assistant, working for the Country Rest Home in Greenwood for over 15 years. After retirement, she continued as a CNA in the private home healthcare division, caring for Joe Hudson and Fred Ellingsworth. She cared for them until the Lord called her home to be with him. Evelyn "Peanut" was one of the nicest ladies you could have ever known. She had a huge heart and would go above and beyond caring for others. Her family was the most important treasure in her life and she loved them to the fullest, and in return she was respected and loved by so many. Peanut is survived by her husband; Joseph "Joe" Ferrell of Seaford; children, Woody Faircloth (Casey) of Laurel, Margaret Dalton (John) of Virginia, and Angel Lauer (Jon) of Seaford, and Roland Ferrell (Sara) of Laurel; brothers, Eugene Sockriter, Jr. of Greenwood, Edward Huffman (Florence) of Laurel, William Hawkins (Janet) of Seaford; sisters, Patricia Collingsworth (Billy) of Delmar, Nancy Bundick (Jeff) of Seaford, Alberta Shockley (Harry) of Seaford, Louise Sockriter of Delmar, and Wanda Walton of Seaford; 15 grandchildren, Mikaila, Tamara, Bristol, Jossalynn, Dwayne, Tucker, Timothy, Kaylie, Logan, Libby, Macy, Sescilly, Gracen, Macen, and Shianne; numerous nieces and nephews, adopted grand kids and sisters and brothers in law also survive her. She was preceded in death by her mother, Mattie Hawkins Sockriter; step-father, Eugene Sockriter, Sr.; father, Junior Huffman; mother in law, Helen Hitchens; brothers in law, James "Johnny" Walton and Frankie Ferrell. A celebration of life will be held at 2:00 pm on Friday, October 8, 2021 at Bethel Worship Center, 26648 Sussex Hwy. Seaford, Delaware 19973. A viewing will be held at the church from 1p-2pm. Pastor Joe LeCates will officiate. Interment will be held privately. Arrangements are in the care of the Hannigan, Short, Disharoon Funeral Home in Laurel, Delaware.

Evelyn Leona Faircloth-Ferrell "Peanut", went to be with her Lord and Savior on Tuesday, September 28, 2021. She worked as a head cook at the Rusty Rudder for years. Throughout the years she cleaned for her close friends. Later, she pursued... View Obituary & Service Information

The family of Evelyn "Peanut" Faircloth -Ferrell created this Life Tributes page to make it easy to share your memories.