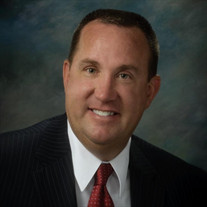 Edward Steven Hannigan, age 59, of Laurel, went to be with the Lord on March 2, 2022 at TidalHealth P.R.M.C. surrounded by his loving family. Ed was born in Dover, Delaware on December 22, 1962 to the late Edward M. Hannigan and survived by Irena V. Hannigan of Dover, Delaware. He grew up in Dover and graduated from Caesar Rodney High School in the “Class of 1980”. During his high school years, he enjoyed playing football and even after graduation he continued to cheer on “The Riders”. Ed attended Wesley College and earned his Business Management Degree. After graduating from college, he worked for C. F. Swartz Toyota, and then became General Sales Manager with Price Honda. In 1994 he married Holly Short and moved to Laurel, which has been his home for 28 years. Ed acquired an interest in the funeral industry by working with Holly’s family, and enrolled in Mortuary College in 1996. He graduated from Catonsville Mortuary College and graduated at the top of his class with academic honors. Ed and Holly worked for their family business, and after the passing of Holly’s father, William M. Short, Jr., they took over the Short Funeral Home in Laurel in 2005, now the Hannigan, Short, Disharoon Funeral Home. Ed was the owner and co-founder of “SEEDS” A Baby & Kids Boutique and enjoyed serving the needs of new parents and grandparents with designer baby furniture, clothing, and bedding. They received Business Persons of the year in 2002 for their success in the baby industry. Outside of work, he loved playing golf with his good friends, his love for golf transcended into his son Ryan. Ed never forgot the first time he showed Ryan how to play golf on a hot day in Florida when Ryan was five years old. Ed would never again play golf without Ryan wanting to tag along. This bond enabled them to travel to many great golf destinations, and continued to forge Ryan’s love of golf into his college career. Ed enjoyed coaching Ryan and the golf team at Salisbury Christian School, and was very proud of seeing them win many championships. Ed was a member of Centenary United Methodist in Laurel, Past President of the Laurel Chamber of Commerce, Past Treasure of the Laurel Senior Center, Past Foundation Board member for Nanticoke Health Services, Board member for the Laurel Re-Development Corporation, member of Delmarva Funeral Directors Association, and Delaware State Funeral Directors Association. Ed is survived by his son, Ryan Matthew Hannigan of Laurel, and the mother of their son, Holly Short-Brown; sister, Dianna Hannigan-Glessner and her husband Gary; nieces, Stephanie Glessner-Hallman and her husband Brent, Caroline Glessner, and Emily Jewell; nephew, Tyler Jewell, and numerous cousins and special friends. A visitation will be held from 11am-1pm on Friday, March 11, 2022 at Centenary United Methodist Church, 200 West Market Street, Laurel, DE 19956. A funeral service will begin at 1pm at the church. Pastor Dean Perdue, Pastor Tim Dukes, and Pastor Joe LeCates will officiate. Interment will follow in Odd Fellows Cemetery in Laurel, Delaware. Contributions may be made in honor of Edward Hannigan to; Centenary United Methodist Church, 200 West Market Street, Laurel, Delaware 19956, or TidalHealth Nanticoke, 801 Middleford Road, Seaford, DE 19973. The family would like to send a heartfelt “Thank You” to Dr. Kim for all of his kindness, dedication and support in caring for Ed and his family. Arrangements are in the care of the Hannigan, Short, Disharoon Funeral Home in Laurel, Delaware. Online condolences may be sent to the family by visiting www.hsdfuneralhome.com.

Edward Steven Hannigan, age 59, of Laurel, went to be with the Lord on March 2, 2022 at TidalHealth P.R.M.C. surrounded by his loving family. Ed was born in Dover, Delaware on December 22, 1962 to the late Edward M. Hannigan and survived by... View Obituary & Service Information

The family of Edward Steven Hannigan created this Life Tributes page to make it easy to share your memories.

Edward Steven Hannigan, age 59, of Laurel, went to be with the...

Send flowers to the Hannigan family.