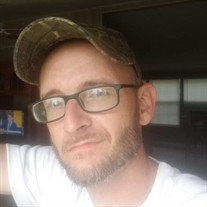 Douglas “Dougie” William Short, II 3/25/84 – 2/4/22; Dougie Short , age 37, of Laurel, Delaware passed away on February 4, 2022 at Tidal Health in Salisbury, Maryland. He as born in Seaford, Delaware on March 25, 1984. He is survived by his loving mother Donna Adkins and her husband Jeff, his father Douglas Short, Sr., step-brother Jeffery Adkins and wife Ashleigh, and brother at heart Daniel Odham. Dougie most favorite pastime was to fish. If he has his fishing pool and there was a pond that’s where you could find him. Dougie was very personable, he had an infectious smile and made friends wherever he went. His love for others made him special and he never met a stranger that wasn’t a friend at the end of the day. Dougie’s last selfless act was being an organ donor. Even in death he was able to touch the lives of three families and three individual loved ones through organ donation. Dougie will continue to live through these individuals. In addition to his parents, he is survived by his maternal grandmother Nancy Murphy, a fiancé Ashley Conaway, and his Uncle Michael W. Short, Sr. and his wife Lori, Uncle Dennis Odham, Uncle David Odham, his Aunts Diana Davidson and her husband David, Francine Mann, Donna Hall and her husband Edward, and Denise Murphy. He had many cousins that he loved dearly. He is preceded in death by his maternal grandfather Ernest Murphy and by paternal grandparents Reuben Short and Judith Short- Riggin. A visitation will be held from 11am-12pm on Tuesday, March 8th, 2022 at the Hannigan, Short, Disharoon Funeral Home, 700 West Street Laurel, Delaware 19956. A funeral service will begin at 12pm at the funeral home. Interment will follow in Blades Cemetery. Paster Dan Southern will officiate the services. Arrangements are in the care of the Hannigan, Short, Disharoon Funeral Home in Laurel, Delaware. Although Dougie’s dash was short, he made an impact on those he met. The family would request that we celebrate Dougie’s life with stories, love, and laughter. He is fishing with the Master on Heavens Lake. The family would like to express a sincere “Thank you” to the team at Nanticoke and Salisbury Tidal Health for the wonderful care Dougie received and the Organ Donation Team.

The family of Douglas "Dougie" William Short II created this Life Tributes page to make it easy to share your memories.

Send flowers to the Short family.