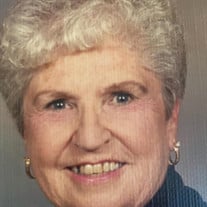 Charlotte Lee Givens, age 81, of Bethel, DE, passed away peacefully in her home of 51 years, as she had wished on July 12, 2021 after a long illness. Charlotte was born on April 17th, 1940, to Harold and Helen Gunby in Delmar, Delaware. On August 10th, 1958, soon after graduating from Laurel High School, she married her High School sweetheart, James Edward Givens, and began her 50-year career as the bookkeeper for the family's business, A.C. Givens and Son. They moved into the Given's family home in Bethel where Edward was born and raised in 1970. Ed passed suddenly in 2009. Before taken ill, Charlotte was a very active member of Sailor's Bethel U.M.C. for over 50 year, serving on many committees during that time. She remained active with the graduating Class of Laurel High School "1958" in which a small group still remains close and meets monthly for lunch. She was a Charter member of the Laurel Lionesses and was proud to serve 25 years as a committee person for the 40th Rep District and campaign manager for both the late Representative Cliff Lee and the late Representative Biff Lee. Charlotte was preceded in death by her husband, James and her parents, Harold and Helen Gunby. Left to cherish her memory are her two daughters, Brenda Givens of Bethel, DE, Debbie O'Neal and her husband Doug whom she thought of as a son also of Bethel, two grandchildren, Alan O'Neal (Kristy) and Miranda Todd (Elliott), and three great granddaughters, Alivia, Raegan, and Madisyn O'Neal. Charlotte is also survived by close friends, sisters by choice, Peggy Rogers and Janet Cordrey, who spent countless hours by her side which meant so much to Charlotte and for which the family is very appreciative and grateful. A funeral service will be held at 12:00 pm on Saturday, July 17th, 2021 at Sailor's Bethel United Methodist Church, Main Street, Bethel, Delaware 19933. A viewing will be held from 11:00am-12:00pm at the church. Reverend Bill Nack will officiate. Interment will follow in Bethel Church Cemetery. In lieu of flowers, contributions may be made in Charlotte Given's memory to; Sailors Bethel United Methodist Church or to Nanticoke Senior Center, P.O. Box 406, Seaford, Delaware 19973. Online condolences may be sent to the family by visiting www.hsdfuneralhome.com. Arrangements are in care of the Hannigan, Short, Disharoon Funeral Home in Laurel, Delaware.

Charlotte Lee Givens, age 81, of Bethel, DE, passed away peacefully in her home of 51 years, as she had wished on July 12, 2021 after a long illness. Charlotte was born on April 17th, 1940, to Harold and Helen Gunby in Delmar, Delaware. On August... View Obituary & Service Information

The family of Charlotte Lee Givens created this Life Tributes page to make it easy to share your memories.

Send flowers to the Givens family.