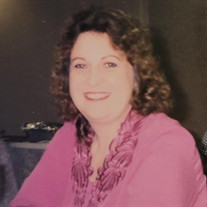 Brenda Jean Anderson, age 66, of Dover, Delaware passed away on January 3, 2022 at Bay Health Kent Campus in Dover, Delaware. She was born in Federalsburg, Maryland on April 7, 1955. Brenda is the daughter of the late Joseph W. Smith and Helen... View Obituary & Service Information

The family of Brenda Jean Anderson created this Life Tributes page to make it easy to share your memories.

Send flowers to the Anderson family.