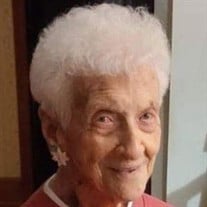 Betty Louellen Walls Ralph, age 91, of Laurel, Delaware passed away on June 4, 2020 surrounded by the caring staff of doctors and nurses of Nanticoke Memorial Hospital in Seaford, DE. Betty was born on October 31, 1928 and raised in Laurel, DE on the Laurel-Delmar Highway, a daughter of the late James and Mamie Walls. Betty retired from the Laurel School District where she was a manager in the Cafeteria with 24 years of faithful service. She was a member of Mt. Pleasant UM Church, where she held several positions including Sunday school teacher and superintendent, past president of the United Methodist Women, Festival and Homecoming Chair, and a counselor for the Methodist Youth Fellowship. Recently, she attended Elliott Worship Center in Laurel. She was a member of the Western Sussex Democrat Club and the Red Hats. Betty was active in the Independent Order of the Odd Fellows and Martha Rebekah Lodge #21, holding the offices of Past Noble Grand and Chaplain, among others, and serving on several Installing Staffs. She was appointed by Senator Tom Carper to the Sussex County Foster Care Review Board in the 90s, a position she held dear to her heart. She loved being a Monday volunteer in Same Day Surgery at Nanticoke Memorial Hospital, was a member of the Laurel PTA and Athletic Boosters, and Laurel Alumni Association. In earlier years, she was a member of the Eastern Shore Gospel Choir during which time she made many life-long friends, and traveled with them throughout the Eastern Shore. Betty is survived by her children, Jane Ann (Jani) Long and husband Charles of Delmar, Susan Ellen Davis and husband Chester of Laurel, Richard Alan Ralph and wife Mari of Laurel, and David (Dave) Wills and wife Julia of Spokane, WA. She delighted in her grandchildren, Stacie Lyn Davis, Justin David Davis, Adam Mitchell Ralph, Benjamin Mark Ralph, Richard Alan Ralph, Jr., Patricia Faye Smullen, Charles (Chuck) Milton Long, Michael Donovan Long, Mary Patricia Matthews, Courtney Ann Davis, Lauren Victoria Villalobos and supported them in all their athletic and school events. Nineteen great grandchildren, including two special little girls with whom she was close, Aubrey Elizabeth Spicer and Emerson Claire Duncan, will dearly miss her. Several nephews and nieces, including a special nephew, Ernie Bailey, survive her. She is preceded in death by her parents and her husband David Guy Ralph, Jr. in 2012 with whom she was married for over 60 years. Her siblings, Elwood Walls and Viola Bailey preceded her also. She and her husband enjoyed traveling throughout the United States during their retirement but her greatest dream came true when she visited Europe and saw the majesty of the Alps. A celebration of her life will be announced in the near future. The family has established the David G. and Betty L. Ralph Memorial Scholarship to be given to a Laurel High School Senior each year who displays a strong spirit of volunteerism just as Betty and David did in their lives. Contributions can be made to that scholarship and sent c/o Jane (Jani) Long, 12075 Coachman Lane, Delmar, DE 19940. Arrangements are in the care of the Hannigan, Short, Disharoon Funeral Home Laurel, DE. Online condolences can be made by visiting Mrs. Ralph’s tribute wall at, www.hsdfuneralhome.com .

Betty Louellen Walls Ralph, age 91, of Laurel, Delaware passed away on June 4, 2020 surrounded by the caring staff of doctors and nurses of Nanticoke Memorial Hospital in Seaford, DE. Betty was born on October 31, 1928 and raised in Laurel,... View Obituary & Service Information

The family of Betty Louellen Ralph created this Life Tributes page to make it easy to share your memories.

Send flowers to the Ralph family.